Visas for Freedom: Spanish diplomats and the Holocaust 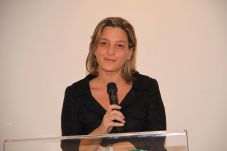 The exhibition "Visas for Freedom" sponsored by Casa Sefarad-Israel and the Ministry of Foreign Affairs and Cooperation of Spain, has travelled to Venezuela for the first time.

The Socio-Cultural and Sport Centre Hebraica will host the exhibition in Caracas, where it will display the heroic work of Spanish diplomats to save the lives of Jewish people being hounded by the Nazi regime.

The exhibition pays homage to the humanitarian work carried out on their own initiative and in very difficult circumstances by Spanish diplomats in territories administered by German or collaborationist governments in occupied countries. Eduardo Propper de Callejón and Bernardo Rolland de Miota in France; Santiago Romero Radigales in Greece; Julio Palencia in Bulgaria; José de Rojas in Romania; and Ángel Sanz Briz in Hungary, all acted bravely and decisively, taking advantage of Spanish-German friendship to broaden their scope for action and to help persecuted Jewish people.

The opening ceremony was attended by Casa Sefarad-Israel director, Diego de Ojeda; Ana Sálomon, Ambassador-at-Large for Relations with the Jewish Community and Organisations, from the Spanish Foreign Ministry; Juan Serrat, Spanish Ambassador to Venezuela; as well as the most prominent representatives of the Venezuelan Jewish Community.

The exhibition is made possible by the support of several Jewish institutions, including the Confederation of Jewish Associations of Venezuela (CAIV), Jewish Association of Venezuela, Centre for Sephardic Studies of Caracas, FeSeLa, Sephardic Museum of Caracas Morrie E. Curiel, Cultural Centre Brief-Konh, the Socio-Cultural and Sport Centre Hebraica and the Spanish Embassy in Venezuela.

The exhibition will take place at the Socio-Cultural and Sport Centre Hebraica in Avda Principal de Los Chorros, Caracas until November 15.

International Colloquium “Bystanders, Rescuers or Perpetrators? The Neutral Countries and the Shoah”

&#13; &#13; The international conference examines the attitude and reaction of the neutral countries during World War II (specifically Argentina, Portugal, Spain, Sweden, Switzerland, and Turkey) to the...

&#13; &#13; From 22 to 25 November, the seminar "Shoah, Genocides and Crimes Against Humanity" brings together 25 outstanding Spanish jurists with the objective of illustrating the legal dimensions of the...

&#13; &#13; The judges of the Third Section of the Provincial Court of Madrid decided last week to dissolve the neo-Nazi organization Blood and Honour Spain ("Sangre y Honor" in Spanish), condemning 15 of the...